How That One Night Changed the 70s For Me

I wrote two weeks ago about The Day That Changed Everything. That was the day my Dad was killed in a truck accident. In that post, I wrote about the events of that evening and the horrible day after my 13th birthday. I know I have more stories to tell about that day and its impact on me, but this is my story of how, for me, the whole decade of the 70s was changed and shaped by that one day.

Up until August 18, 1973, I had always dreamed of being a pastor when I grew up. I was dedicated to the Lord, and specifically to His service, when I was a baby, and I had always taken that very seriously. It was all I wanted to be. There may have been a time around the Moon Landing in 1969 that I wanted to be an ‘astronaut pastor,’ but it was still my dream to be a pastor.

I even knew where I wanted to go to college to study for the ministry. In 1967, a group from Toccoa Falls College came to the Kensington Alliance Church in Buffalo, NY. In addition to singing, they spoke of their college and showed slides of the Falls and the College. Something sparked inside, and I knew that I wanted to go to Toccoa Falls College to study to be a pastor. For me, that was settled.

I used to attend Child Evangelism’s Good News Clubs one day every week after school, went to summer camps and generally did everything I could to soak up more about Jesus and living for Him. I even used to gather friends in our back yard and practice ‘preaching and teaching’ as I wanted to tell them about Jesus. That probably helped contribute to my over-all “outsider” “weird kid” reputation, but especially in my pre-teen years, that didn’t bother me a bit.

I was going to be a pastor, and I was going to go to Toccoa Falls College. There was no doubt. Nothing could make me change my mind.

And then August 18, 1973, happened. My Daddy was gone, killed in a single-vehicle truck wreck that did about $300 damage to the truck. I had just turned 13 and finally a teenager, my brother was just 9, my Mom was only 38. And suddenly we were alone.

Teaching kids about grief and how to handle it wasn’t a ‘thing’ in 1973. Because I was generally a loner (remember the “weird kid” persona?), I spent a lot of time alone with my thoughts. I knew about telling others about Jesus, and how good He was, but I didn’t know anything about running to Him when your whole world implodes. I didn’t know what to do. 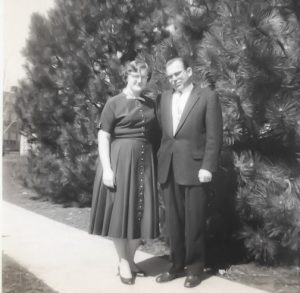 I just knew it wasn’t fair! My Dad was a good man. He was one of the pillars of our church. He always had been. He was always a deacon or an elder. I remember he used to teach Sunday School. Before I came along, and probably a year or so after I was born, he and my mom were the Youth Group directors.

Why would God take him? In my 13-year-old mind, that question soon morphed into, “Why would God kill my Dad?”

From there, it was a natural step to start looking for ways to act out and rebel against God. I was mad, and I wanted to make sure God knew it. The first couple of years, it was just little (in my mind) things like sneaking a cigarette at school or on the way home, letting my language get more than a little salty, things like that. And then someone handed me a joint and said I should try smoking that. I did. I liked it — a lot.

In 1975 I transferred from the public school I had been attending to be part of the first high school class at Roanoke Valley Christian Schools. So for 10th – 12th grade, our class was the top class at RVCS. We were a small class, and we became very close and even closer as the years have gone on. But that’s another story I’ll share later.

The main reason I wanted to go to RVCS is that the high school I was would have gone to had swimming as a required class, and I have a paralyzing fear of water. So even though I was mad at God, I knew I could survive in a Christian school WITHOUT a pool better than I could in the public school WITH a pool.

And I did think that possibly attending the Christian school might rekindle my lost passion and desire to follow God. I mean, what better place to get right with God and get back on track with my plan for college and ministry than a Christian high school, right?

It didn’t entirely turn out that way. I still don’t know exactly how it happened, but my personality changed completely. I’d always been more or less a “goody-two-shoes” in school and was always ignored by most. There at RVCS, it seemed that everyone was a “goody-two-shoes,” and I’d continue to blend in with the background. But I made a handful of friends there who were most definitely not part of the “goody-two-shoes” crowd. Something clicked with me, and I had a new group to run with. 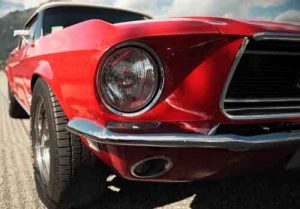 My rebellion began to really take hold. Cigarettes and pot were regular habits for me. In 10th grade, I ran away for the first time. (11th grade was the second time, and my senior year was the third time. And you guessed it; I’ll tell those stories another time.) I soon found that buying larger quantities of pot and then selling it was a profitable business, and if I did it right, I ended up with free pot for my personal use. I devised a way to stay out all night on weekends – the old “Mom I’m staying at Joe’s for the weekend” while Joe used “Mom I’m staying at Paul’s for the weekend” trick. And we would spend the night cruising the Williamson Road strip and then going around and just doing mean mischief type things. (If you have ever seen the movie “American Graffiti,” you have an idea of what cruising Williamson Road was like.)

By my senior year, I was stoned, and sometimes drunk, every day at school. Because we were the first high school class, there weren’t a lot of rules, specifically, for what I was doing, but by the time I left, there were most certainly a lot of rules added. My open rebellion finally reached the breaking point, and six weeks before I was to be part of the first RVCS graduating class, my actions left them no choice but to expel me. Sometime I may tell the story of sitting in that auditorium and watching my class graduate without me. That was a tough thing to do. But as I mentioned earlier, our class was small – 16 of us, with 15 graduating – and I had to be there for that graduation to see my friends graduate. To their credit, most of my classmates did not give up on me, and they still considered me one of them. (THAT is another story that I have to share!) 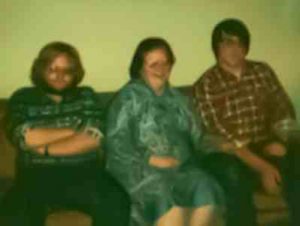 After I was expelled, anything that was holding me back seemed to vanish. My pot-smoking increased exponentially, to the point that I was stoned 90% of the time, at least. I began drinking regularly and heavily, and because drinking and smoking pot tends to make one sleepy, I started taking speed to keep me going. And before 1978 was over, I was introduced to LSD. I liked that introduction, and before long, I was using acid frequently.

It terrifies me now when I think about how many times I was out driving while tripping on acid. At the time, I thought it was mind-blowing to be driving through enchanted wastelands with dragons and other creatures flying all around the multi-colored sky. I know today that there is only one reason I am here, and that is because God still had a plan for me, and He protected me, and He protected everyone that I endangered by driving under those influences.

It wasn’t long before I was stoned around the clock, I was drinking incredible amounts of beer and liquor, I was taking acid and tripping every chance I had. Oh, and I was smoking an amazingly stupid five packs of cigarettes a day. (In 1979, a carton (10 packs) of cigarettes cost less than a single pack costs today.)

So there is my story, with many details left to be filled in, of how that one night changed the 70s for me and became my “dazed and confused” decade. I started the decade determined to follow Jesus, attend Toccoa Falls College, and become a pastor, serving God with my life. I ended the decade in open rebellion against God, openly, actively, and vocally angry at God. I was a total mess, drug addict, alcoholic, liar, thief, bum, train-wreck. And although I didn’t realize it, the bottom had not yet smacked me.

But as you know, since I am here, writing this journal, the decade of the 70s was not the end of the story. There was (and is) much more to come. Wait till you hear the rest of the story!