Review of Cleaning the Gold: A Jack Reacher and Will Trent Short Story 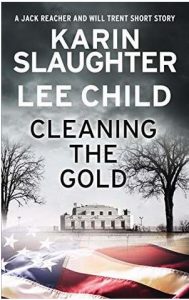 This was a lame mash-up of Jack Reacher, whom I am well acquainted with, and Will Trent, of whom I had never heard. If I was new to both characters, this short story would certainly not induce me to want to read either of their adventures.

Based on the horrendous grammar, spelling, and run-on sentences, I wonder if this story went through any sort of editing process, or worse yet, was this even written by the attributed authors. The plot is very flimsy, with serious holes throughout. None of the characters are given any dimension and come across as flat and boring.

And the conclusion didn’t even manage to approach anti-climatic. I actually wondered if this was written by an AI and at a certain word count the story had to end.

Unless you are a diehard Reacher or Trent fan who absolutely MUST read everything, do yourself a favor and use your $3.99 to purchase something else.