Running Away Part Three – Off to Cailifor… Oh, Never Mind…

Today I am going to close out my run away chronicles with the final chapter. By now, it was 1978 and somehow I had made it through to the 12th grade at RVCS. In fact, I was just 7 weeks away from graduating. It was smooth sailing from there, right?

Well, not so much, actually. I was smoking pot in a major way by my senior year. In fact, I was stoned for at least part of every day that year. Usually, I smoked a joint on the way to school, and often I would manage to sneak out at lunchtime to smoke a little more. I was a mess, but I had gotten to the point that being stoned was my natural state and therefore I appeared ‘normal’ to most people. There was a core group of friends who were also riding the high train fairly regularly and of course, they knew how stoned I usually was. And there were a few classmates who had a fairly good idea as to why my eyes were glowing red quite often. (Visine was a close companion that year.) 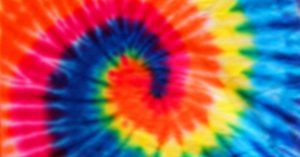 But for the most part, I was able to skate through my classes with no real difficulty. It seemed that I could pull an easy “C” without even studying in most classes, and in history, I was able to usually get at least a “B”. In hindsight, if I had actually applied myself, I wonder what I could have accomplished?

I was kind of dating one of the girls in that group I spoke of, but it was also kind of complicated. Her father was a major authority figure and he was definitely not one to cross. For whatever reason, he mostly liked me, but he was strict on most things.

On that fateful day seven weeks before graduation, it was discovered during a session with her guidance counselor that this girl had a drug problem and in fact had in her possession a large amount of drugs. I knew she had been messing with some of them, but these were the kind of drugs that I had no interest in for myself. It is hard to explain, even to myself, but there were definite drugs that I wouldn’t touch and there were others that I’d partake of with gusto.

When the guidance counselor discovered her drug situation and especially the possession, he had no choice but to call her father. Because of who he was, he had no mercy with these kinds of drugs, and she knew she was now in major trouble. She was scared and while we were talking about it before her father arrived, she said she didn’t know what to do, but she couldn’t let him catch her with these drugs.

So my brain went on vacation again and I told her that I’d say the drugs were mine, and if she wanted to leave (run away) before her father got to school, I’d take her any place she wanted to go. That apparently sounded like a good idea so we high-tailed it out of the school and took off in my car. (By this time I had my car back after the previous running away adventure.)

I’d also ended up with a pretty good job after that adventure (since I’d been fired from my burger-flipping job as a result of that adventure) and I had actually been saving money in the bank. So we went to the bank and I withdrew all of my money and we started heading west. We’d decided that California was the place to be, so off we went, with no supplies, my money – which wasn’t more than a couple of hundred dollars – and a crazy idea of going west.

(As I reflect on these adventures and write them down, I’ve realized that I was always the only one with a car or money invested in these adventures. It seems like that realization should have registered back then, but as I mentioned, my brain was on vacation.)

We headed west with no real idea of where exactly we were going or how to get there. I just knew that if I kept going west on whatever interstate or highway that we happened to be on, we’d eventually end up in California.

We stopped at a rest area and she called her best friend, who was part of our group and also the daughter of the guidance counselor. We wanted to know what was going on back at home and we knew she would have the scoop.

Everyone, especially my girlfriend’s father, knew we had taken off together, but they had no idea where we were or where we were headed. I’d already been through the consequences of running away twice, and I was determined to not turn back and face the music again. But my girlfriend started having second thoughts about running away. I convinced her to keep on going and at least think about it for a while.

She agreed and we continued driving west for a couple more hours. At some point, we crossed over into Tennessee and thinking we were ‘smart’, I stopped the car in Virginia and she walked across the state line, and then I picked her up again in Tennessee, so that I wasn’t transporting a minor across state lines. (At some point I learned that there could have been legal consequences to my adventures.)

We drove on for another hundred miles or so and she wanted to stop at another rest area and call our friend again. This time, she ended up talking to our friend’s father, the guidance counselor, and by the time she hung up, she had agreed to go back home. Somehow her father was there too, and he told her he would meet us back at the state line and warned that I’d better not try anything different than that plan.

Even though I didn’t want to, we headed back, and sure enough, her father was waiting at the state line for us. To say he wasn’t happy would be a gross understatement, and he was even less happy when I explained that I did not take his daughter across the state line. (I have no idea as to if that would have actually mattered if he pursued that, but fortunately for me, he let it go.)

He told me to follow his car until we got to our exit back home in Roanoke and to not even think about doing anything different. I did exactly that and went back to my house, arriving at almost daybreak the following day. My mom was definitely not happy, but she was glad that I had come back and was safe. She was starting to be resigned to the fact that I was going to do whatever popped into my head as a good idea at the time.

A day later my mom and I had a meeting with the school administrator and basically begged to be allowed to finish my senior year. We agreed that I would be under whatever restrictions they wanted to put on me, but we asked that I please be allowed to graduate. The school board had a meeting, heard from several teachers (who actually pleaded my case), but ultimately it was decided that I had broken too many rules too many times.

So six weeks before I was to graduate, my actions led to my removal from school. As different as I had been from my classmates, they all were sorry that I wouldn’t get to graduate with them. Because we were the first graduating class from RVCS, and we were a small class (only 16 of us) we all felt like family. (And amazingly, we still do and we all get together every 5 years to catch up.) Because we were all so close, I couldn’t NOT go see my friends graduate, but sitting there, watching my class graduate without me, has to be in the top 5 hardest things I’ve had to do.

The five years following this adventure were very dark years for me. I became extremely open in my rebellion and I added LSD, speed, quaaludes, and alcohol to my regular routine. (I continued to have no use for any drugs that involved needles or inhaling through a straw.) I will probably write more about this time period in a later post, but for now, I’ll just say it was bad.

But God wasn’t done with me yet. I still had my “Come to Jesus night” coming, and that changed everything. To wrap up this adventure, I’ll just mention that in 1988, after I had started at Toccoa Falls College, RVCS had a special graduation ceremony commemorating the 10-year anniversary of our first graduating class of 1978. The Administrator invited me to attend and to give my testimony of how God had changed my life and now had me in Bible college. I couldn’t really afford to make the trip from Georgia, so some of my classmates chipped in and made sure I was able to be there.

I was quite nervous getting in front of that many people (RVCS had grown quite a bit in the ensuing 10 years) to give my testimony. But I managed to do it, and just as I was turning to leave the platform the Administrator stepped up behind me and grabbed my arm, telling me to hold on a minute. I immediately flashed back to all those times in the past that he had grabbed my arm and told me to wait, and I wondered what I had done now.

To my astonishment and total surprise, he had the new RVCS Superintendent pull out a diploma and officially present me with my Class of 1978 diploma.