The Story of My Come To Jesus Night

By late 1982, my life was pretty messed up. I had lost the good-paying job I had had since I was 16. I was working flea markets, selling everything I had that was worth anything, and whatever money I did make, I was spending on low-quality weed, cheap beer (think plain white generic can, “Beer”), speed (amphetamines), and acid (LSD). Many of the ‘friends’ that I had associated with for the past few years had moved on to other ‘friends’ who had better quality weed, money to spend, and who weren’t constantly tripping on acid. 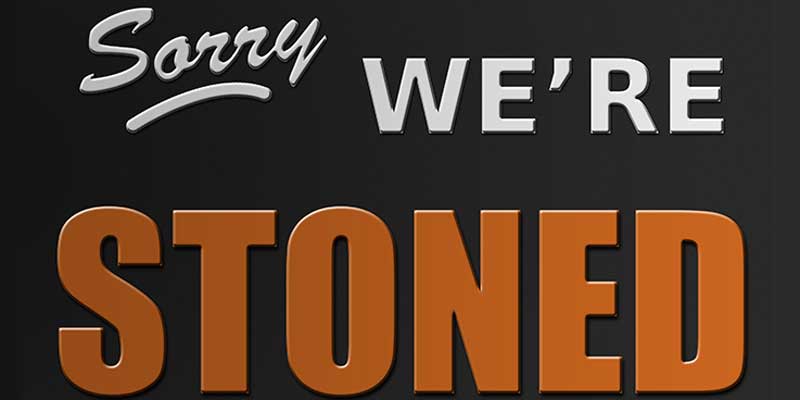 I had a new group of friends that I spent much time with, and on more than a few occasions I ended up passed out in someone’s front yard or basement. A few times I recall waking up and having no idea where I was and having no way to get back home. (Once in a while, I was smart enough to not drive.)

Occasionally I would help out one of these friends by moving large quantities of pills to a new, safe location. Once, driving down a highway while carrying five 1,000-count jars of amphetamines in the trunk of my car, a state trooper pulled in behind me after entering from an on-ramp. My paranoia ramped up to an all-time high, as I was certain this trooper was following me. I was afraid to do anything, including getting off at my exit. I ended up driving 50 miles further down the road before the trooper exited at the ramp to his barracks.

But that was the state of my life at the time. I was always paranoid about getting busted, but instead of stopping the drug use, I took more drugs to numb the paranoia, anger, and rage I felt all the time. By this time I openly was blaming God for my father’s death and had an almost uncontrollable rage against anything Christian. By early 1983 I was a walking time-bomb, ready to explode at any time.

One Saturday night I came home from somewhere, I don’t even recall where I had been, and I was stoned out of my head, even more so than usual. It was an early night for me because I had taken several hits of acid before arriving home, so the resulting trip was just kicking in. I went to my room in the basement of my mother’s house and smoked a joint or two to mellow out the trip and I thought I was going to have another ‘normal’ night of tripping and listening to music on my headphones.

But this night was anything but normal. To this day, I am not sure what really happened, but I do know my own reality of that night, and this is my story.

I was lying in bed, listening to tunes when the music just stopped. I was going to get up to check the tape player (my music was on vinyl albums and cassette tapes back then) but I couldn’t move. I tried to move but I couldn’t feel my body. I was fully aware of my surroundings but I couldn’t move. All I could see was the clock radio on the side of my bed. 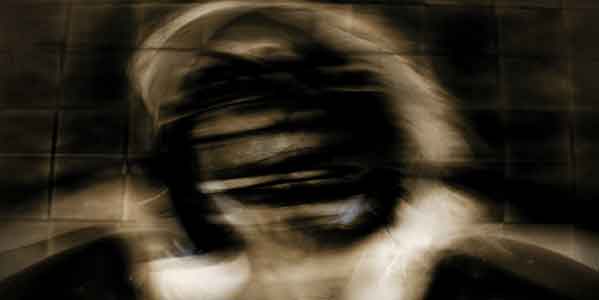 I was in a panic internally, but I couldn’t even call out for help from my mom, who was sleeping right above me. I laid there, unable to move, for several hours, watching the clock advance minute by minute. I remember thinking that I was going to die.

Then, around 5 am, something happened. I don’t know if this was audible or not, but as clear as anything I had ever experienced, I heard God talking to me.

“Paul, you belong to Me. I have let you try living your way. What you are experiencing now will be your reality if you continue doing these things. You will live a life confined to a bed, aware of your surroundings, but you will not be able to move or respond. Your life will be that of a vegetable. You have done things your way and this will be the result unless you do things My way.

You were given to Me as a baby. At a young age, I called you and you answered. You were committed to serving Me. And then you turned away from Me. I am calling you back, but this is your last chance. Your way did not work, now let’s do this My way.”

I knew I wasn’t imagining this. This was not some twist of an acid trip. I was as sober as I had been in several years, and I knew this was my reality. I did the only thing I could do, I talked to God. I confessed that I had turned from Him, and now I wanted to return. I had made a complete disaster of my life, trying to do things my own way. As angry as I had been with God, He had never left me.

I know in hindsight that the only reason I survived my own stupidity was that God had kept His hand on me. Because He had a plan for me, and a purpose for me to fulfill, I was being given a second chance. I was taking that gift. I was going to return to living for God.

(As another hindsight note, it turned out that I had some heart issues, extremely high blood pressure, and was diabetic. The drugs and alcohol should have killed me or caused me to stroke out, which could – would – have left me in a vegetative state. God’s mercy allows me to live today, testifying to His goodness and love.)

By the time this experience was over it was around 7:30 am. I could hear my mother upstairs, preparing her breakfast before she got ready to leave for church. I got up out of bed and went upstairs. I startled my mom, as she wasn’t used to seeing me on Sundays until some time in the afternoon. She said to me, somewhat shocked, “Oh, what are you doing up this early?”

When I told her, “I’m going to go to church with you today,” she very nearly dropped her frying pan with eggs on the floor. And without any other comment, I went to get ready and I went to church. It was a very long time before I told her what had happened that night, but she saw the results continue to grow during the following weeks, months, and years.

I haven’t touched acid or speed since that night. My dependence on drugs and alcohol was gone. And I started my walk with Jesus all over again. Two years later, I was attending Toccoa Falls College, just as I had said I would as a young boy.

My life has had quite a few ups, and many definite downs since that night, and I haven’t always done the right thing. I’ve made some really bad decisions, and I’ve made some really good decisions. But I have never again turned my back on God. And today, I am more determined than ever to serve Him and follow the path of Jesus by the power of the Holy Spirit.

And that is the story of my come to Jesus night. The Keith Green song that I have included in the video below this post is a good representation of what that night was like.